This article is going to include details of how I convinced Dawson to let me and others start writing and get more involved in the Ok Listen Here platform. This story starts back when Dawson was a senior in college and he had just gotten this platform up and running. He had asked me to write an article about the experience I had growing up going to OU games. So I took about 20 minutes of my time while he was on the phone with his mom to write up an article. He posted it and the next day it had quite a few views. From then on he would ask me to write articles and I would occasionally do so but was soon running out of topics to write about. ​
Read More...

Sydney Chronicles: Getting Engaged at 19

As most people know who frequent this page often, Dawson and I are engaged and have been for about 7 months. We got engaged when I was 19 and he was 22 and now we are 20 and 23. The road that we have traveled has been full of bumps and it hasn’t always been easy to overcome the controversy surrounding us. By controversy I mean people thinking that I am too young to be getting married. ​
Read More...

Going into college at eighteen years old I had no clue that I was going to meet the love of my life. They always tell you in high school to never date a senior when you are a freshman because you are inexperienced with love, they are in different parts of their life than you, etc. Well take it from me, be cautious about it but if you find someone you are interested in, here is your sign to go for it. ​
Read More...

The 62 Journal: Struggles of a Young Manager

Anybody that knows me can probably agree when I say this, but management is my calling. From a very young age, I was always the kid in the neighborhood that would put together backyard football games, manhunt nights, scooter races, and all that other fun stuff. If the neighborhood kids were getting together, odds are I was behind the function. ​
Read More...

​I was ecstatic when I heard that the Cleveland Browns had traded Baker Mayfield to the Carolina Panthers. I wrote an article in April stating that the Panthers should trade away a few picks for Baker. The fact that it has taken them a few months to do so is a setback since teams have been getting together to prepare for the upcoming season, but better late than never.

​It has been a while since I've been a die-hard of any one player in the NBA. The 2012 NBA finals led me to pull for the Durant/Westbrook duo, and once Durant left Oklahoma City for Golden State, it was easy to single out Westbrook as my favorite player. But, of course, being that the Charlotte Hornets were just a ten-minute train ride away when Kemba Walker started making a name for himself, I had another player I was an actual die-hard of.
Read More...

Journal #41: How my Perspective of Sports has Changed as I've Gotten Older
Dawson's Sports Blog | June 27, 2022

​Being a sports fan your entire life and getting older is a weird thing. I had a memory pop up on my Facebook the other day from 2012 when I let all my friends and family know I was rooting for the Oklahoma City Thunder in the 2012 NBA Finals. KD and Russell Westbrook were 23 then, and I was 13. It's hard to think that the two were my current age when I became such a big fan of the duo. To accomplish something like that at 23 seems insane. ​
Read More... 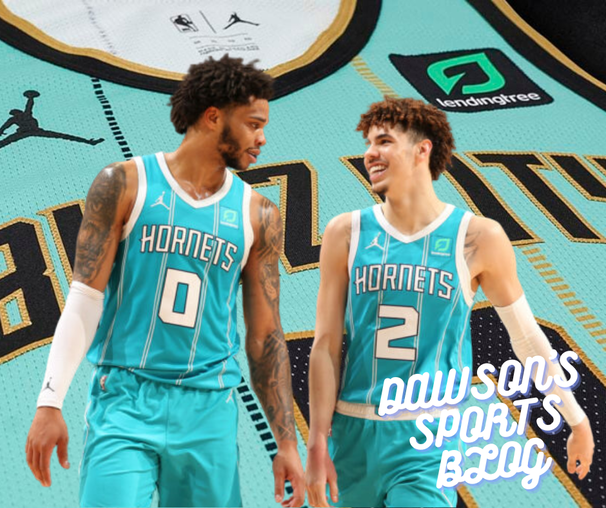 ​During my four years at Western Carolina University, I was presented with multiple opportunities to add to my experience working in sports. In my Freshman year, I worked with the Western Football team as a videographer, where I filmed practices for the coaches and players to later look at and created highlight reels for the team. In my sophomore year, I was given the opportunity to work with the Western Athletic Department's film crew, and I spent several evenings filming volleyball and basketball games that were aired on ESPN+.
Read More... 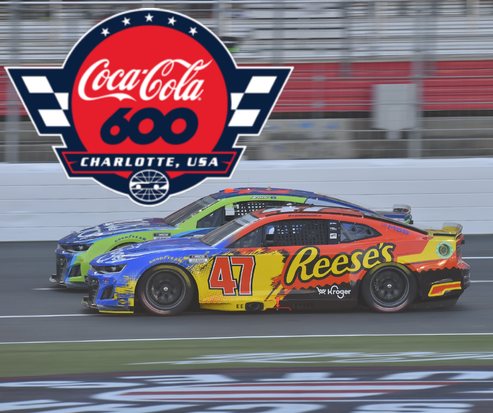 ​This year's Coca-Cola 600 was undoubtedly the most fun race I have ever attended, and mind you, I've gone to more than I can remember. The likely cause of this is that I had something to root for. Since 2019 I have gone for Martin Truex Jr. because I enjoyed watching him and Kyle Busch go at it in the 2019 Coca-Cola 600. Though Austin Dillon won that race, it was nice watching Kyle Busch get tested for 600 miles by Truex. That was easily the best race I ever watched, but not the most fun. 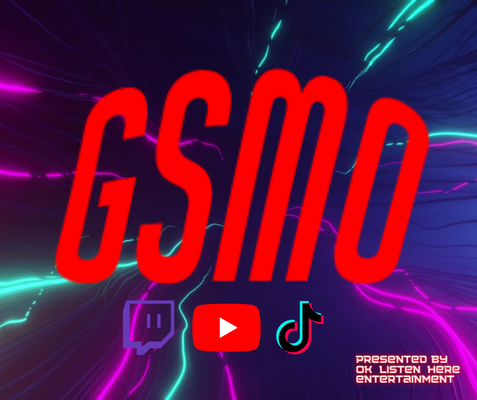 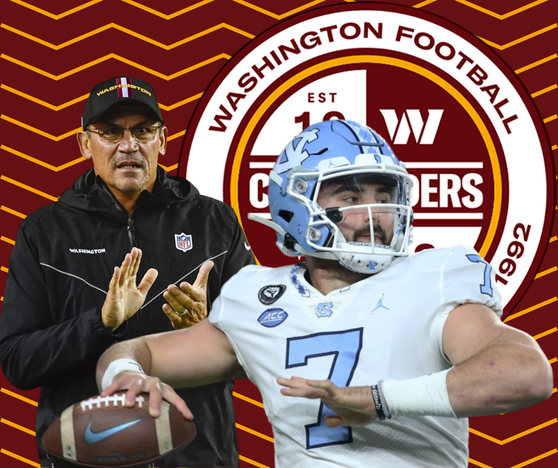 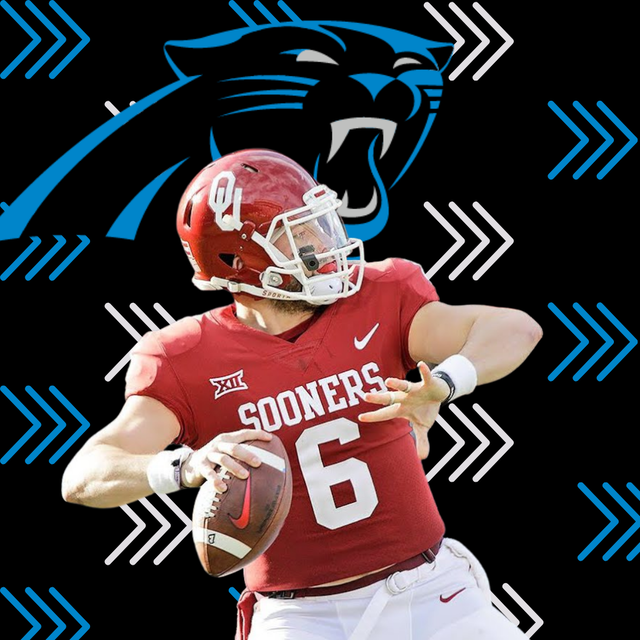 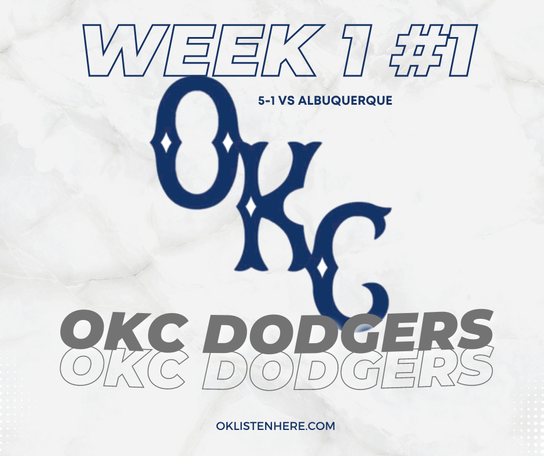 I'm not entirely sure how I will come down off a win like this. How do you? For Tar Heel fans and Duke fans, the game on Saturday night was the most important in the history of the rivalry. Coach K was retiring either tonight or Monday (thankfully, it was tonight), the Tar Heels were extreme underdogs for the entirety of the season, and winning this game means Coach Hubert Davis will finish his career with a winning record against one of the greatest coaches of all time (yes, I know Carolina fans hate to admit it, but we have to give credit where credit is due). Facebook groups that I'm a member of are going nuts. It's like an online Franklin Street, and I'm here for it. It's making me feel like a kid again.
Read More...

There is a lot of hype and buildup for this game across the state and the nation, but this game means just a little more for one county in North Carolina. Tucked away in the shadow of Mecklenburg County lies Cabarrus County, otherwise known as the home to Duke's Wendell Moore and Carolina's Leaky Black. ​
Read "Moore"...

It was a rough week for Ricky Stenhouse and the #47 Sunny-D car this past weekend in Austin, Texas at the EchoPark Automotive Grand Prix. Over the last few weeks, JTG Daugherty Racing has been plagued with bad luck, and this weekend was no different. It started with a terrible practice, but at a road course, how well you do in practice and how well you do in the actual race do not exactly correlate. Drivers like Kaz Grala had a better day at practice than Chase Elliot and Alex Bowman. Again, not a lot of correlation here.
Read more... 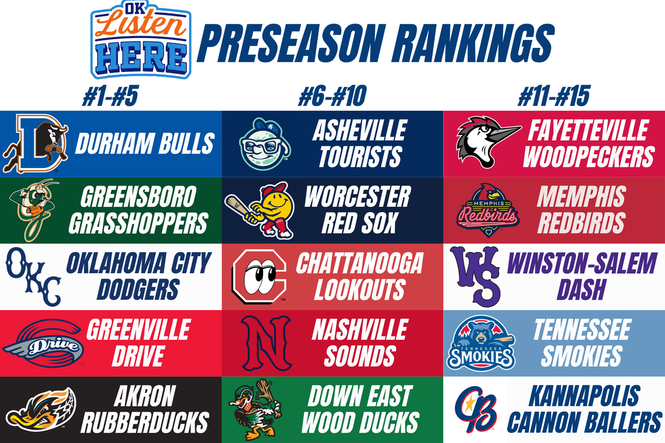 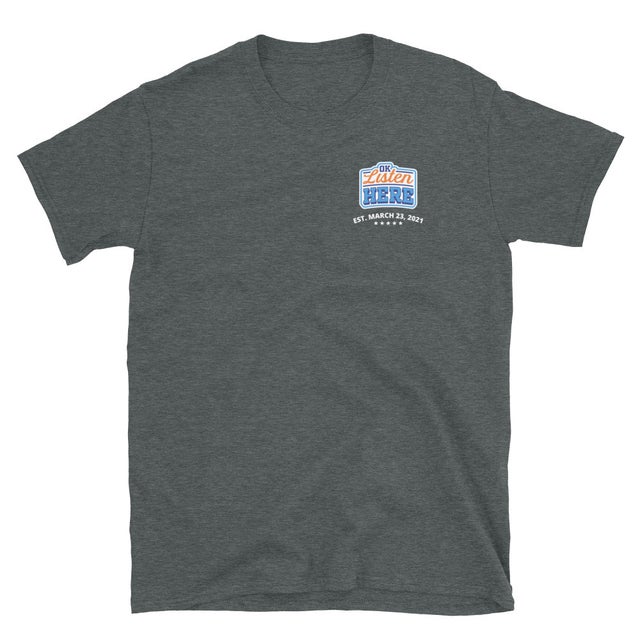 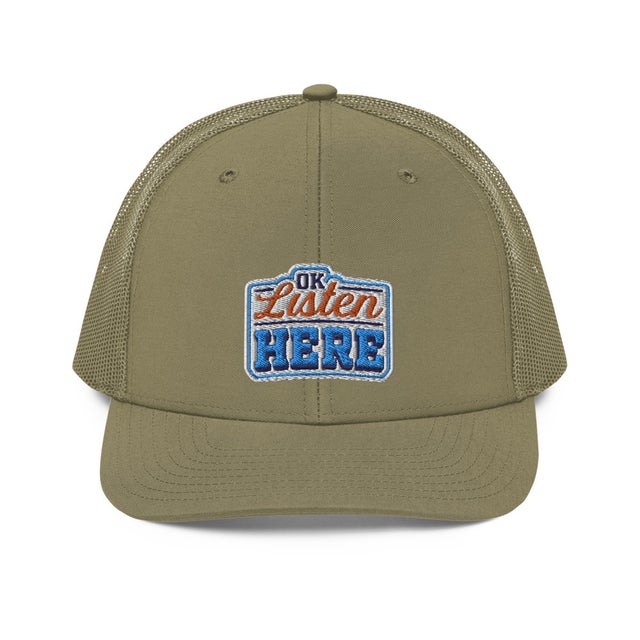 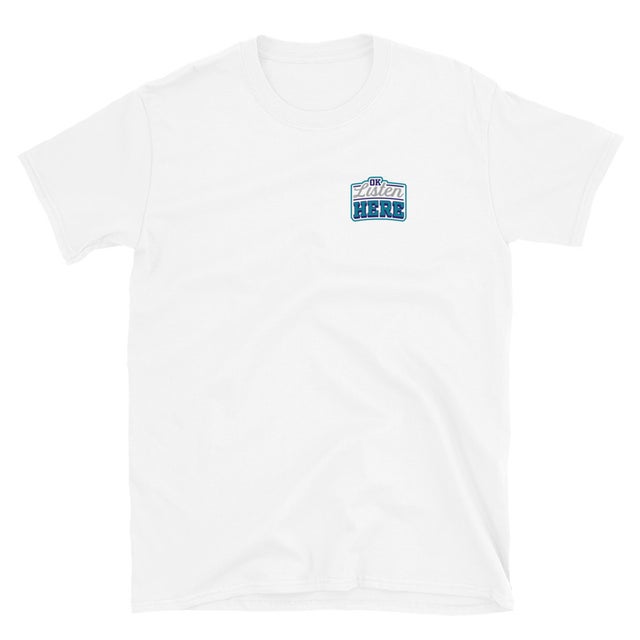 This past Sunday was a tragic day to be a JTG Daugherty Racing fan. Last week's performance in Phoenix was a letdown, and for the majority of the season, the team cannot seem to catch a break. The potential for this team to be great is there. The issue lies on issues made by either the team or the driver or outside factors out of either party's control. ​

​It was not difficult selecting the final six teams to enter Season Two of our Minor League Monday Series. It was evident that we needed to bring back more teams from last season outside of the Top-3! We heard you, and we are answering. Before we announce our other returning teams, we do have a few more newcomers that we believe have the potential to contend for our Minor League Monday Title. ​

Anybody But Brad T-Shirt

$23.00
Do you hate the driver of the #6 Car, Brad Keselowski? Express that hatred with an "Anybody But Brad" T-Shirt!

You've now found the staple t-shirt of your wardrobe. It's made of 100% ring-spun cotton and is soft and comfy. The double stitching on the neckline and sleeves add more durability to what is sure to be a favorite!

Anybody But Kyle T-Shirt

You've now found the staple t-shirt of your wardrobe. It's made of 100% ring-spun cotton and is soft and comfy. The double stitching on the neckline and sleeves add more durability to what is sure to be a favorite! 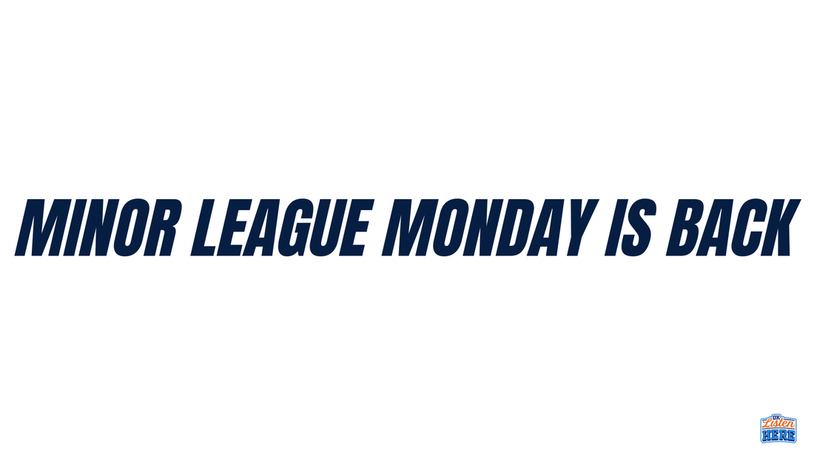 Sydney Chronicles: The Tale of the Dragonfly Family
​February 22, 2022

So as the page/blog moves on I have decided that some articles could be about tips and tricks about puppies or just life in general. And some articles may just be a funny story about me, Memphis, Dawson, or literally anything else, because why not it is my page after all and I do love to entertain the people. To start it off I shall relive the horrible day that was my first day of college. It was the worst. I felt like I was living in that book that every kid reads growing up “Alexander and the Terrible, Horrible, No Good, Very Bad Day”. Now some of y’all may have read this on my Facebook or if you’re very close to me I called and told you about it but here goes nothing.

Hockey is one of those sports that I should be more into. The contact, fast pace, and toughness of the sport have been attractive to me. However, since it is not football or basketball, I never brought myself to dive into it, until now.

Round 1 | 1 Point Per Correct Pick

Round 2 | 2 Points Per Correct Pick

It's terrible that this is my first article coming out of the Super Bowl, but many questions have been raised after the refereeing performance on Sunday night. For those stuck in a shoebox, the issue with the refs on Sunday is that only six penalties were called throughout the game, and three of them came in the last two minutes.
Click Here to Read More

When should the NFL MVP be voted on? This is a question that has sparked a little bit of debate between NFL fans since the NFL Honors Awards show aired, and Aaron Rodgers won the MVP. So naturally, as a Chicago Bears fan, my ears perked up when people hated on this year's MVP. ​
Click Here to Read More

This is the official first article of Puppy Tips! Okay, so you just got your puppy home, and you don’t know what to do. This little thing is peeing and pooping everywhere. What in the world do you do?! The best advice I can give you is do NOT get mad. I know a lot of y’all have raised dogs and might say “oh well you should shove their noses in their mess and yell at it then throw it outside”. DO NOT DO THAT! By doing that, you are terrifying your puppy and also giving it attention. Even “bad” attention will reinforce the behavior. Because it is just a pup it doesn’t know the difference between “good” attention and “bad” attention, it’s all just attention. This will be a common lesson throughout this page. ​
Click Here to Read More

It is Super Bowl Week, and I had every intention to write strictly about football this week until the Busch Light Classic decided to be excellent, and I felt the need to write about that. While researching the race for this article, I came across a team based out of my hometown, Harrisburg, North Carolina, JTG Daugherty Racing. After finding out that my little small town in North Carolina was home to an actual team, all my focus shifted. This article comprises of what I could find out about JTG Daugherty Racing. ​
Click Here to Read More

Ok Listen Here is currently going through a rebranding phase! We are excited to announce that we will be expanding our content beyond sports. If you are a fan of Ok Listen Here Sport Media, please visit the Sports tab! We will be integrating upcoming projects soon! I appreciate your support of Ok Listen Here!